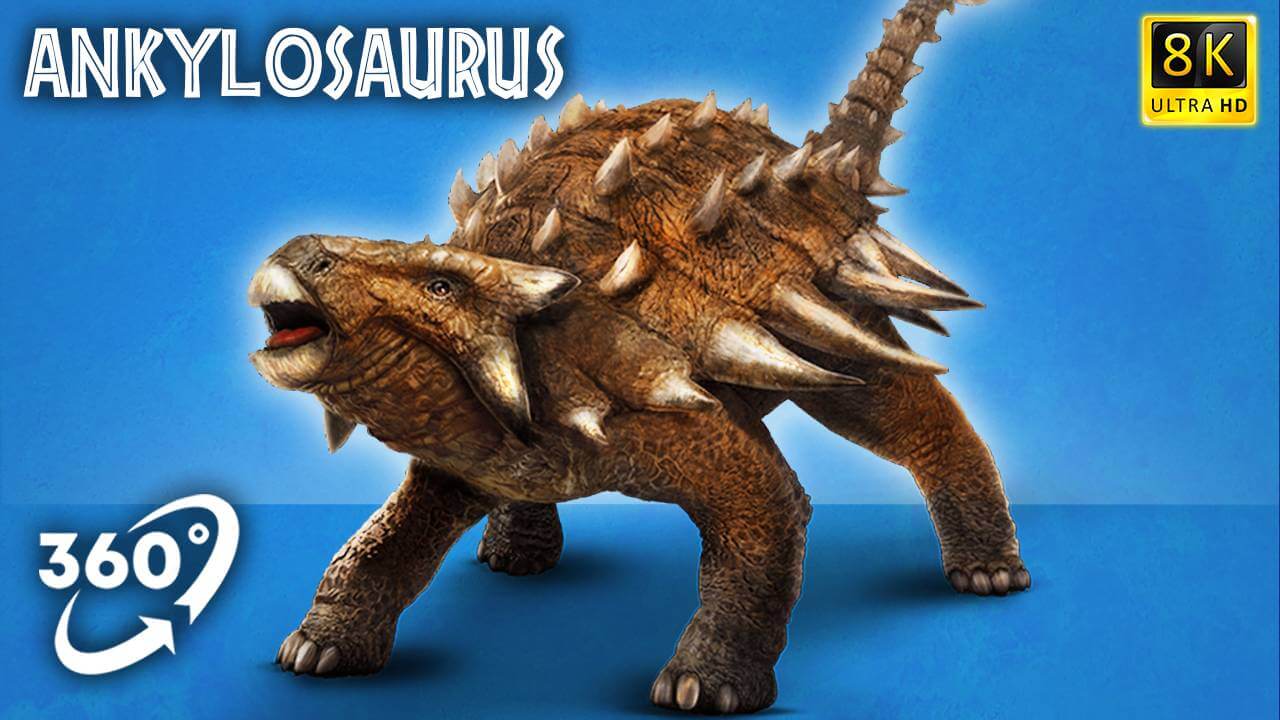 Ankylosaurus inhabited North America and lived during the Cretaceous period about 68 – 66 million years ago. Ankylosaurus is considered to be probably the largest representative of ankylosaurids. It is estimated that an adult specimen could measure up to 6.25m in length and 1.7m in hip height. The skull of the dinosaur was also of considerable size, as it is estimated that it could measure up to 64.5 cm long and 74.5 cm wide. The weight of the dinosaur ranged from 4.8 to even 8 tons. It is believed that Ankylosaurus was a herbivorous dinosaur with a varied diet consisting of both hard leaves and also pulpy fruits. It is speculated that the animal fed on abundant ferns and low-growing shrubs. Additionally, as an interesting note, it is likely that Ankylosaurus did not swallow food whole but used some type of chewing. For all the details on Ankylosaurus, visit our channel on the YouTube platform.